Palgrove Charolais and Ultrablacks reach a top of $44,000 at Scone sale

Palgrove held its Hunter Valley Bull Sale at Scone on Friday, 3rd, June and once again has proved to be a success after a total clearance was achieved, along with a sale top of $44,000.

All up, a total of 49 Charolais and 14 Ultrablack bulls were offered, with an overall average of $15,555 across the total offering of 63 bulls.

The Scone sale attracted over 47 registered bidders who all were eager to take away the Palgrove genetics back their respected herds.
In the breakdown, the 49 Charolais sold to an average of $15,448 and a top of $44,000 across the board.

Robert Teague, Ellerston, was the volume buyer for the Charolais with an impressive draft of nine bulls to an average of $16,222, followed closely by Cody Scott, Goondiwindi, Qld, with six bulls to average $12,333.

Mr Teague of Ellerston who manage’s a 14,000 cattle operation in Scone has been buying Palgrove bull’s for over 16 years and input’s the bull’s into their crossbreeding program.

“We use the charolais bull and cross it over a black baldy cow to get a terminal calf and then trade on the market” said Mr Teague.

“The bull’s are very sound, we get good pregnancy results and they suit the our properties steep terrain throughout the hill’s”.

“We have had great result’s from the charolais bull in our cross breeding program” said Mr Teague.

The second-top priced Charolais, Palgrove Ryder, went for $30,000 to the underbidder of the top-priced bull, Maureen Jackson, Forbes.

Mrs Jackson was also Palgrove’s top-priced at the Scone sale in 2017 when she paid $24,000 for her her pick that year.

“I missed out on Ravine (the top-priced bull) today who was the original bull we wanted, but I’m very happy with my purchase of Ryder,” said Mrs Jackson.

“He’s got a lot of meat on him, an easy calving bull and I think he’ll fit in nicely with our females”

This was for Palgrove Rebel, which weighed 748kg with a 130sq cm EMA and a 42cm scrotal circumference.

The volume buyer for the Ultrablacks was Allan Richardson, Parramatta, taking three bulls to an average of $16,666.

“Their was a fair spread on the bull’s which show’s the way the season has been and where the market currently is at,” said Mr Noller.

“It was good to see Ravine (top-priced bull) sell for $44,000. We always knew he was a pretty special bull and he will go down to Kenmere Charolais and offer his stud duties.

“We now go back to preparation for our annual sale on the 9th of September in Dalveen, Qld, where we will have a good solid draft of bulls which we will offer over 100 Charolais and 80 Ultrablacks” . 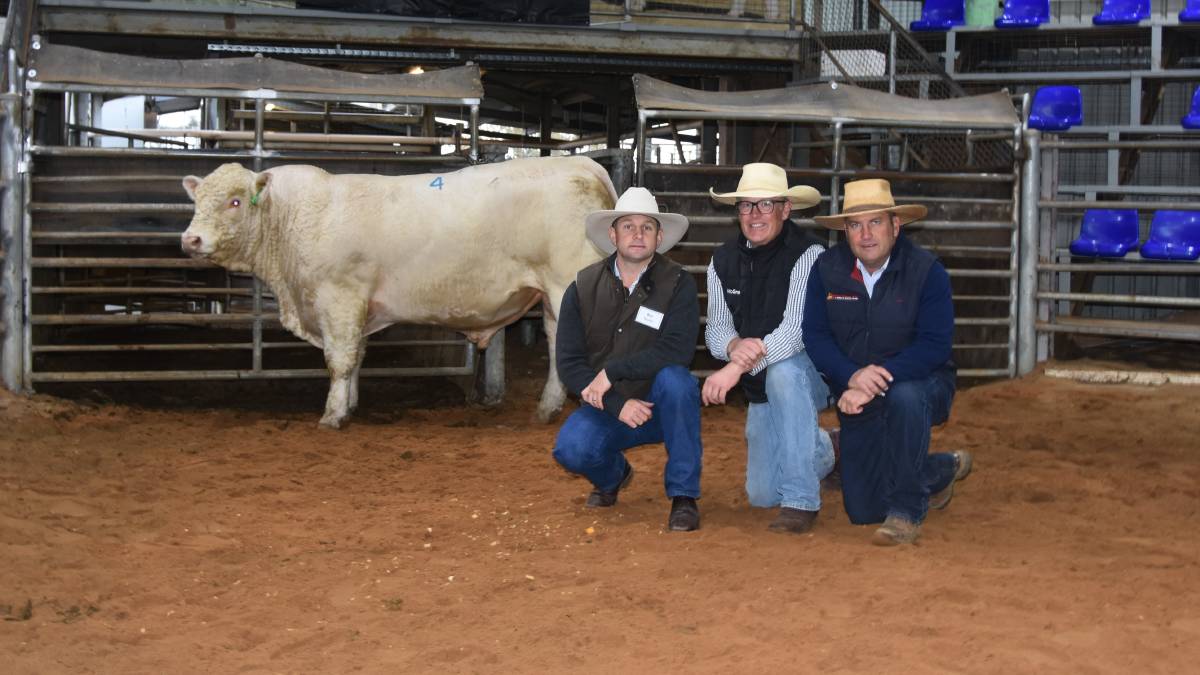 WRITTEN BY By Andy Saunders